Time for Australia to step up on road safety 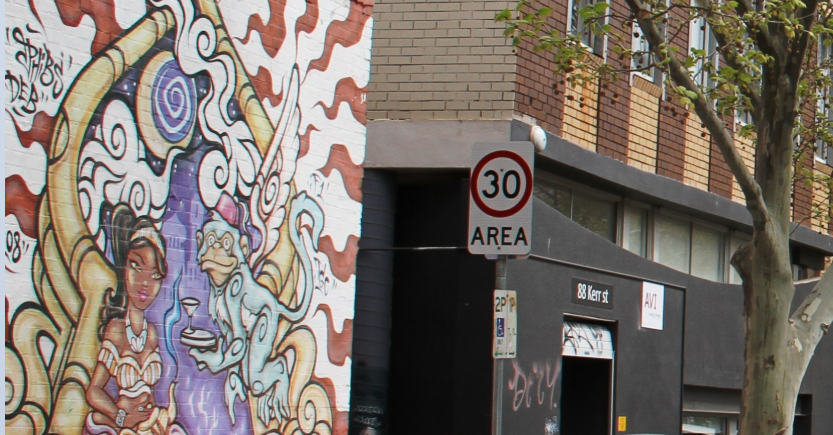 The Australian government’s commitment to reducing road deaths has been brought into question this month by its apparent reluctance to endorse a global road safety declaration, which seeks to reduce deaths by at least 50 per cent from 2020 to 2030.

Fairfax journalist Julie Power reported from the third Global Ministerial Conference on Road Safety in Sweden in late February that while attending Australian road safety experts backed the declaration's call for lower speeds … ‘the federal government did not endorse the declaration’ in Stockholm.

Former Australian Prime Minister Julia Gillard endorsed a similar plan, the United Nations Decade of Action for Road Safety 2011-2020 however Australia is failing to meet most of these targets, as shown in this great report from the Australian Automobile Association.

Disturbingly Australia actually went backwards last year with the 1182 people killed an increase of 47 on 2018. Victoria accounted for the biggest state or territory increase and pedestrians accounted for 18 per cent of people killed on the state’s roads in 2019, the highest proportion in a decade

Globally road traffic injuries rank eighth among leading causes of death and the 2020 Stockholm Declaration describes the 1.3 million deaths and 50 million injuries that occur on roads each year as 'a preventable epidemic and crisis that to avoid will require more significant political commitment, leadership and greater action at all levels in the next decade’.

The Stockholm Declaration rightly puts a focus on the most vulnerable road users, with vehicle occupants now relatively safer than ever, thanks largely to technological advances. Pedestrians however represent a growing proportion of road users being killed globally, rising from 22 to 24 per cent between 2000 and 2016 according to the International Transport Forum (or about 300,000 people each year).

The Stockholm Declaration focuses on speed reduction and speed enforcement of motor vehicles as ‘vital to reduce road traffic deaths and injuries’ and called on governments to ‘mandate a maximum road travel speed of 30 km/h in areas where vulnerable road users and vehicles mix’ (ie: residential areas and areas of high pedestrian activity).

Prior to the Stockholm conference The Australian ran an ‘exclusive’ story suggesting Deputy Prime Minister Michael McCormack, as the Minister responsible for road safety, was set to travel to Sweden to “ratify the Stockholm Declaration” with the newspaper article warning readers “clause seven of the draft declaration suggested mandating lower speeds on urban roads, which would have a significant impact on Australian residential limits, currently 50km/hr …’

The Australian reported last week that Mr McCormack did not end up travelling to Stockholm but instead sent Nationals NSW backbencher Pat Conaghan to represent the Australian parliament, along with “senior officials from the Department of Infrastructure, Transport, Regional Development and Communications”.  Australia's Assistant Road Safety Minister Scott Buchholz also did not attend. The story reported Mr Conaghan was the incoming Chair of the Australian Parliament’s Joint Select Committee on Road Safety (see Victoria Walks’ submission to the Joint Committee).

The lack of higher-level representation in Stockholm was reported as being ‘disappointing’ to International Road Assessment Program chief executive Rob McInerney on the eve of the event.

The United States was the only country to issue a dissenting statement to the Stockholm Declaration, angering International Federation of Pedestrians president Mario Alves who pointed out it has the highest per capita road fatality rate of any OECD country. The US delegates objected to resolutions calling for actions to promote mode shift towards ‘safer’, ‘more sustainable’ modes and distanced itself from a resolution aimed at protecting ‘vulnerable road users’ (including pedestrians) by questioning the evidence base for ‘the relationship between roadway design, traffic volumes, speed, and crash outcomes’ – contrasting this to ‘human error and behaviour’ which it describes as ‘the most consequential crash factors’.

A spokeswoman for Mr McCormack told The Australian that the Stockholm Declaration was an aspirational statement rather than a document or instrument that governments “sign up to”.

However, Australia will have to show its hand when the document is put up to the United Nations for discussion later this year – and it could be put to a binding vote.

With Australia lagging on road safety, now is the time to show leadership by acknowledging, endorsing and acting upon proven strategies contained in these global recommendations.

Photo credit: Thanks for 30